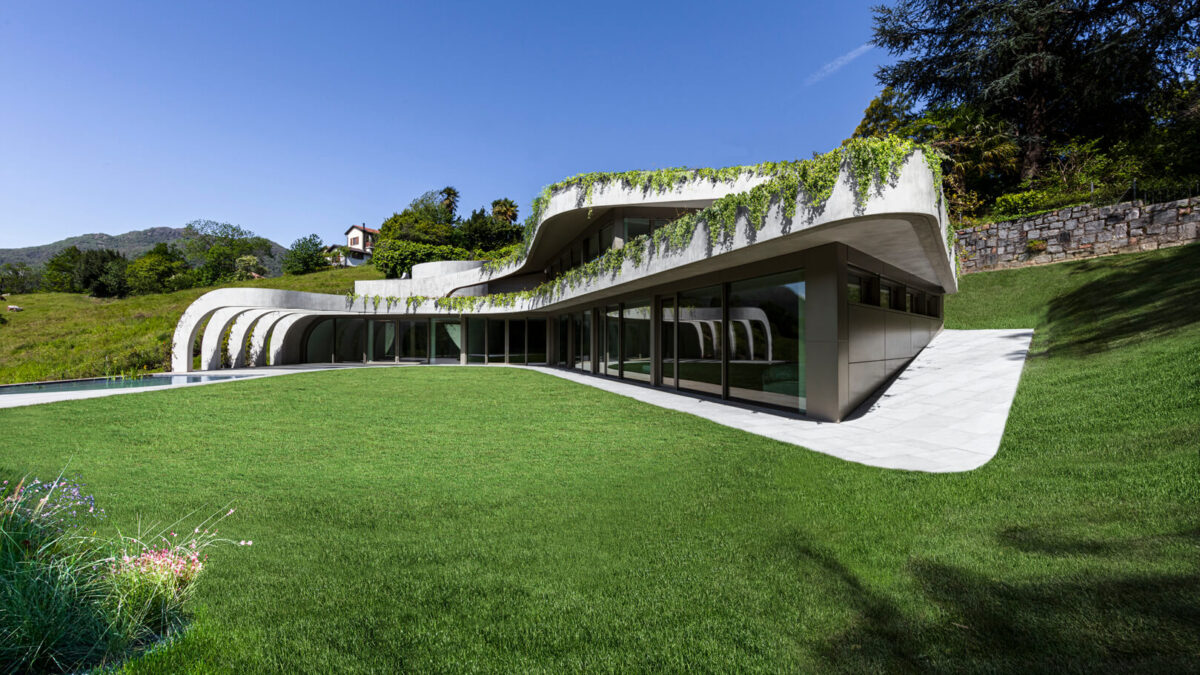 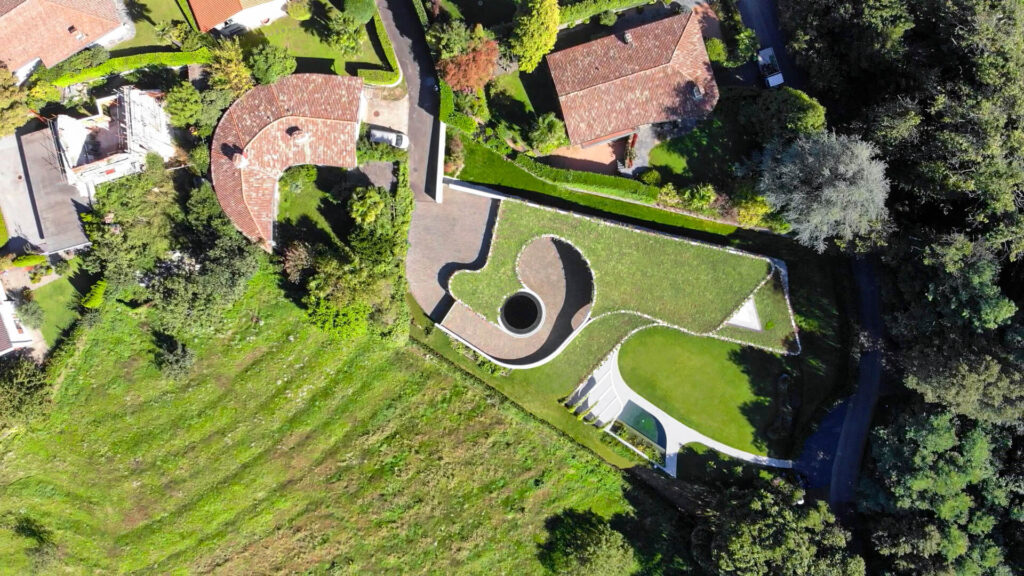 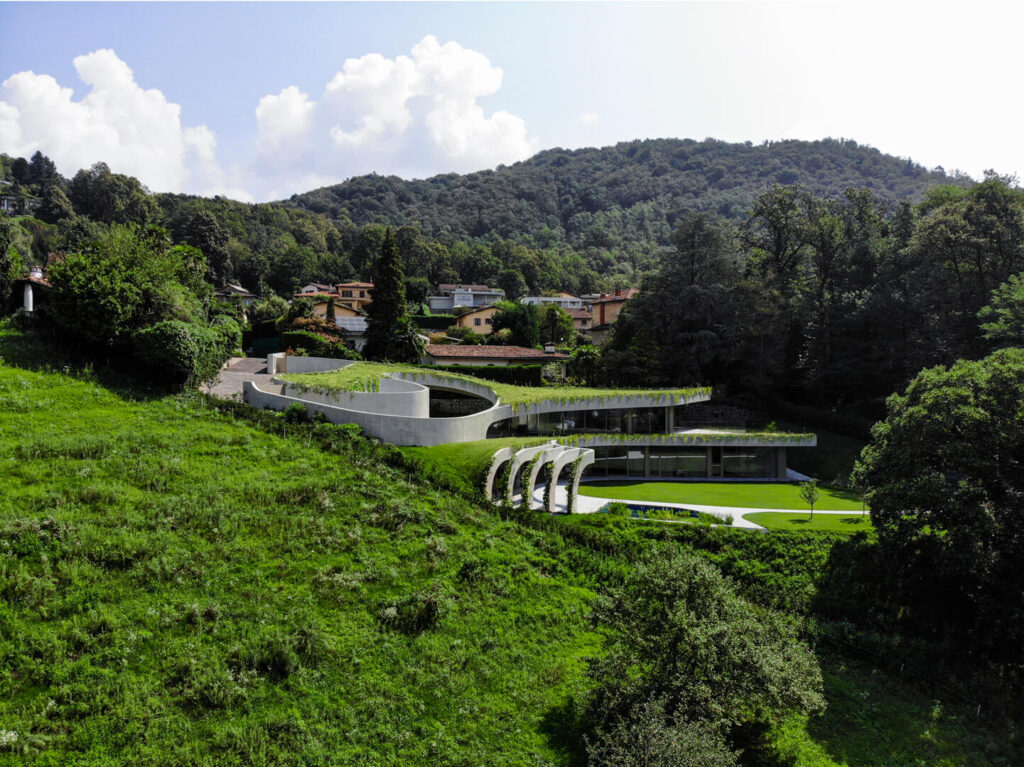 This astounding building is situated in a small village Origlio in Switzerland. This is an Atelier, which is specially designed for Alice Trepp, who is an Ecuadorian sculptress. The Mino Caggiula Architects did the whole project from design to construction. 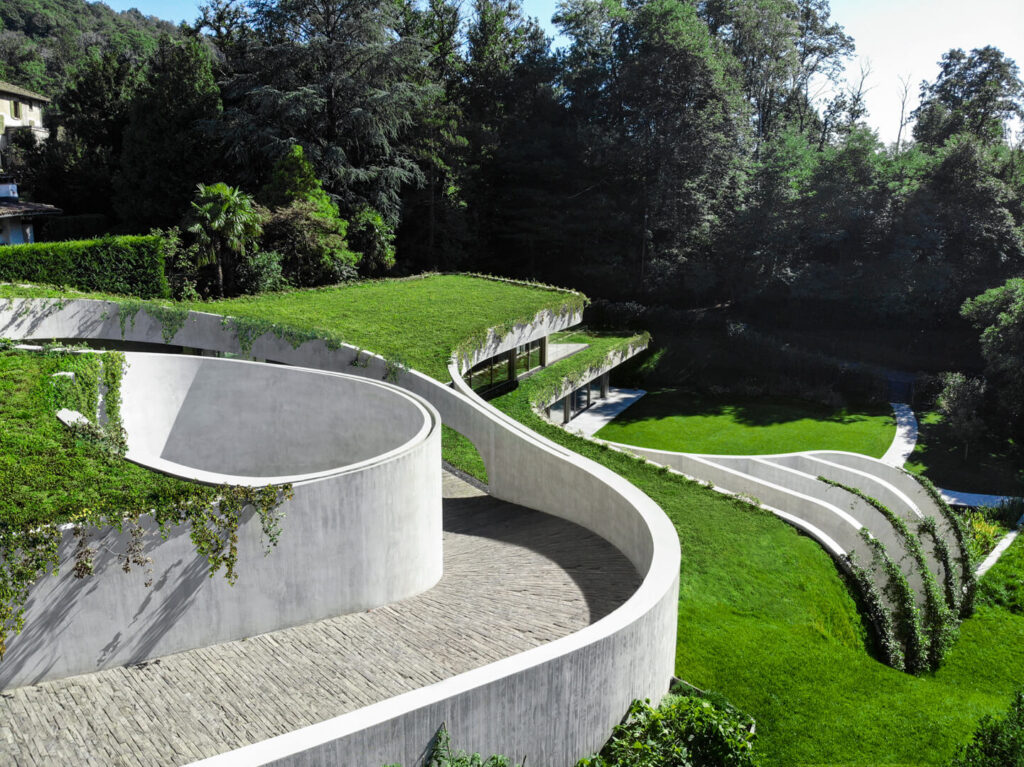 The construction was started in 2016, and it took almost three years to complete it. It finally got completed in 2019. This incredible structure is designed by Mino Caggiula Architects. It covers around 454 Square Meters. This project also included Alberto Bernasconi and Andrea Maldarizzi as a Project Architect and an executive architect, respectively. 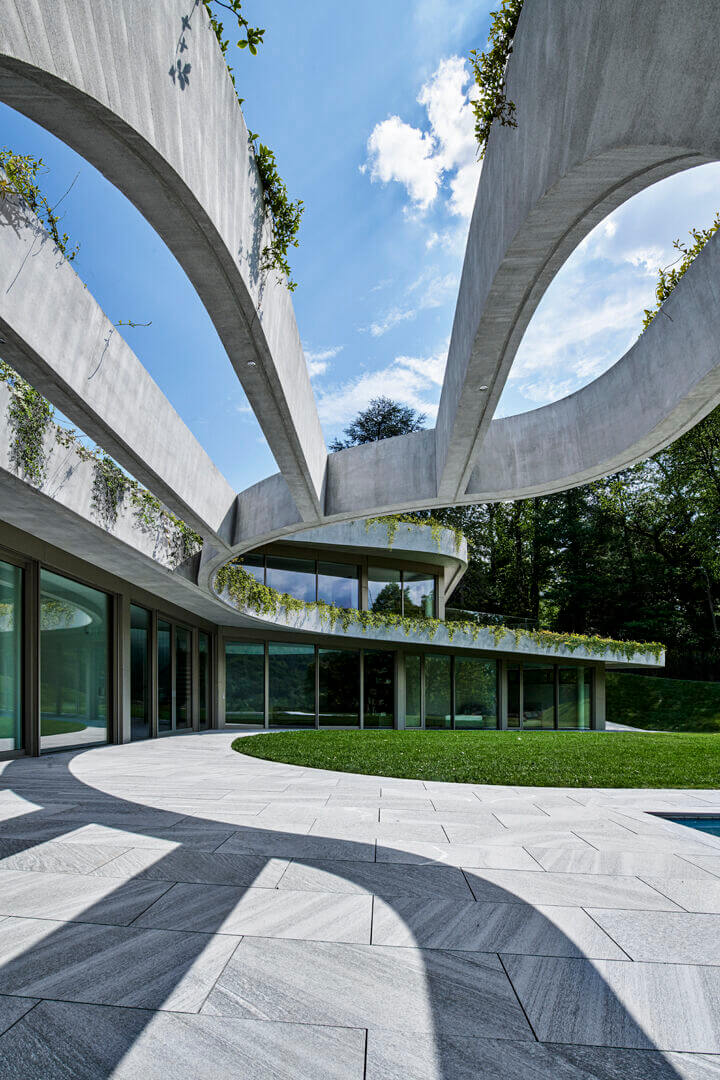 Now let’s talk about the building and its spectacular location. This site has many amazing things, such as a gentle descending natural slope, breathtaking views of the pastures & Monte Tamaro and the tranquility given by a nearby lake. You might be thinking that they kind of look similar to the Greek theatres. Because they were mostly located on the top of a hill or built-in locations that offered fascinating views. Similarly, this atelier structure provides us. 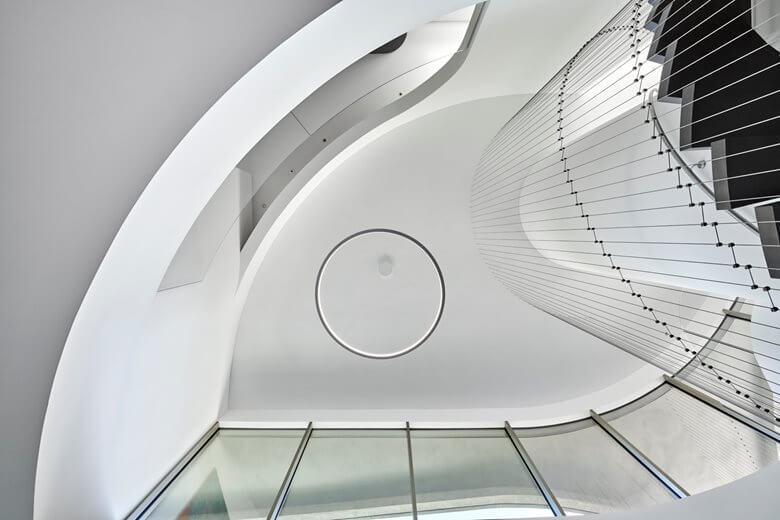 The beautiful natural slope is the main characteristic of the Atelier Alice Trepp. It is built in between the contour lines. After cutting the sinuous lines and spaces, the building was inserted. Architects did this to make the architecture seem to be a natural part of the earth. what a brilliant concept, right? 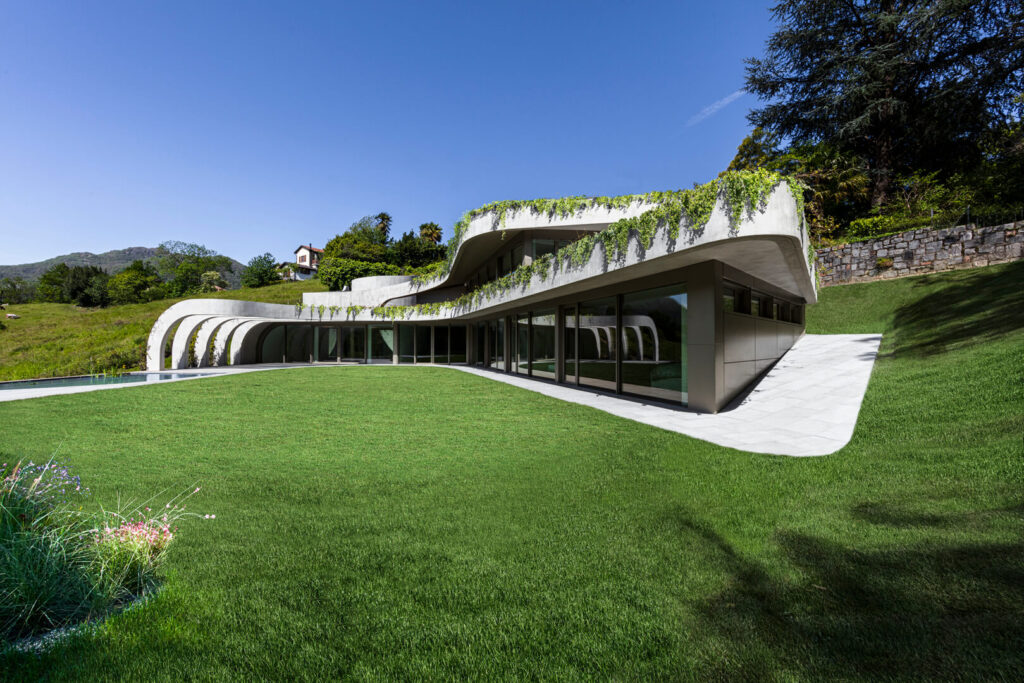 They did the complete analysis of the contour lines so that they accurately designed the organic forms of the walls and roof planes curve of the site. And then the interior spaces are built under a deep concrete roof. 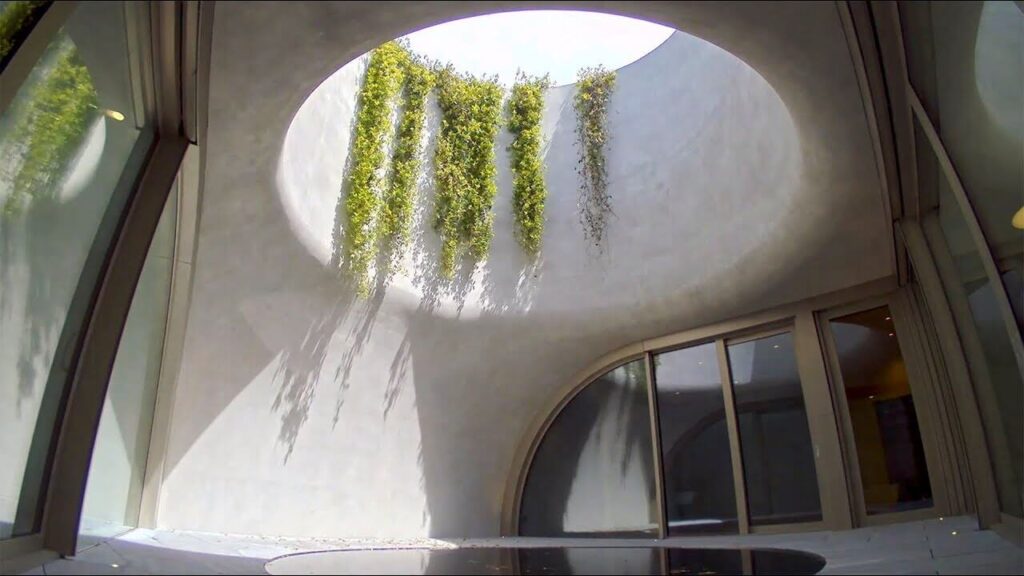 The whole facade of the structure is made of glass, which is another attraction point of the building. Because of these glass outlets, there is no lack of natural light in the house. In short, this house was constructed in a village, but it is a very modern house design. 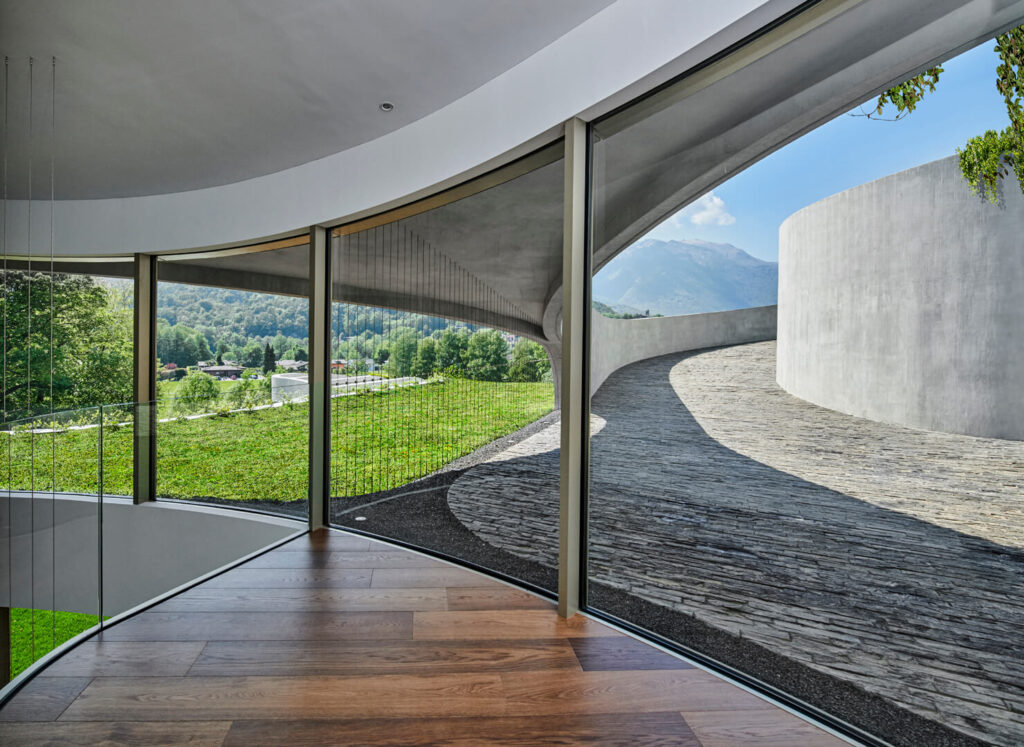 When you see the surrounding, you will be awestruck because it is covered in vegetation. The beautiful atelier establishes a peaceful symbiosis with nature. Some even say that it resembles a natural cave. Because it has an open-air cenote into which light enters the house. 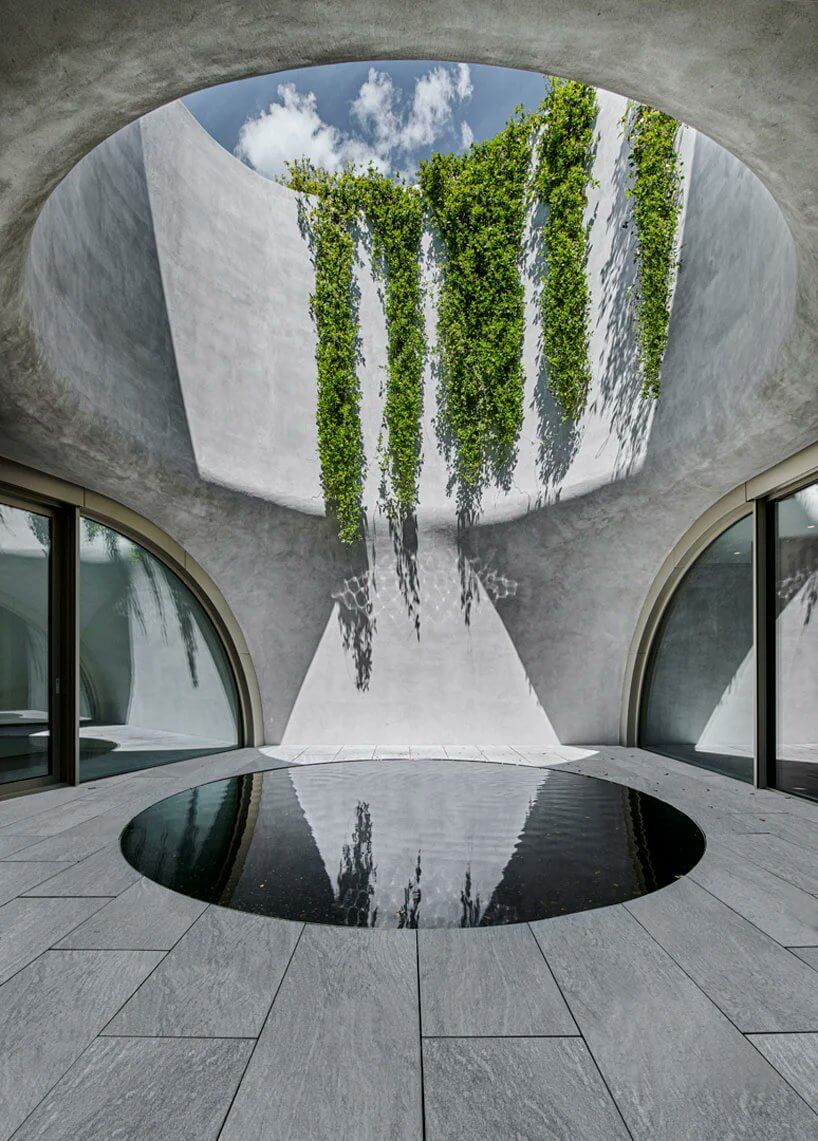 There is also a pool which is open to the sky. The elegant encircling shape of the structure offers an ideal place for artistic study. The tranquil water of the pool creates light shows, vibrations, and sounds, which is very pleasing to the eyes and as well as to the ears. 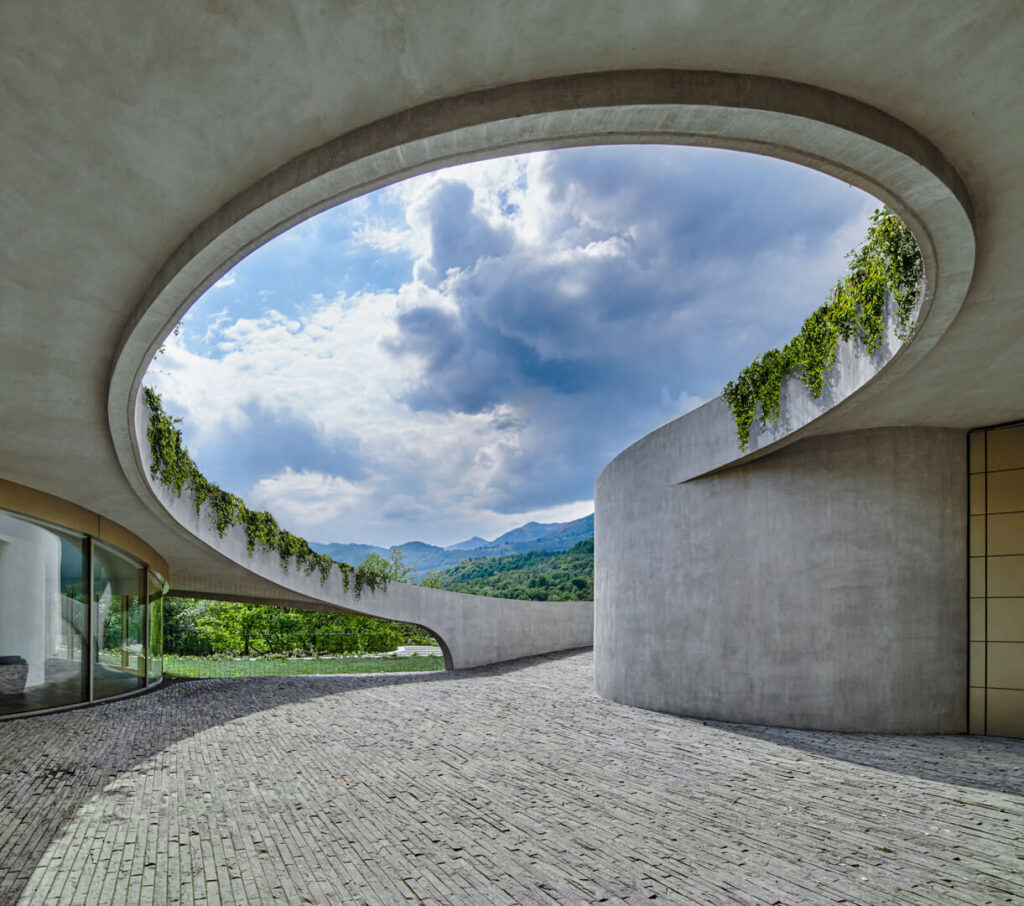 Isn’t the whole building a remarkable example of architecture? From roof designs to the outer areas, everything is constructed brilliantly. even the pictures are too mind pleasing, right? Next time you want to go somewhere interesting, go to Atelier Alice Trepp in the swiss village.

For more wonderful buildings and architecture from all around the world, visit Architecturesstyle.