They both have a strong background in computational design, and this competition will also enhance their approach to a religious and cultural architecture in an urban setting.

You will see the mindblowing blending of Mathematics, Religious Principles, and Technology to create this new interpretation of an Iconic Mosque in Dubai. It will reinvent elements of Islamic architecture in a modern way. This collaborative proposition by Design Plus Architects & rat[LAB] Studio will definitely win millions of hearts with its unique design concept. Let’s dig more into its architectural design.

What Does it Represent?

“The Crescent symbolizes many important aspects of life. It is a symbol of humility; It’s an acknowledgment of religion; A celebration of culture and also the re-discovery of ancient knowledge.”

The whole structure is carefully designed, and you can see this in every part of the building. At the largest point, there is a slight inclination towards Mecca, which is created for internal circulation & orientations. It is beautifully complemented by a powerful Urban context: the iconic tower at the helm. Santiago Calatrava has designed it.

The next impressive thing that you’ll see is actually borrowed from the religious belief system. For example, the Grand Roof indexes towards the infinite, and that is the heavens. Everything is created in such a way that it gracefully binds the past, present, and eternity.

The entire construction of the structural system is based on the numerically dominant number 19. Which is a holy number in Islam. Here in this Mosque, There are 114 columns [19×6], which is equivalent to as many Surahs within the holy Quran.

There are also many Islamic architecture components like the Dome, Arch, and Columns that can be seen throughout the type of architecture. There are beautiful Jaali patterns that filter and diffuse light within the indoors, and because of this, a tranquil environment is created. All the basic principles of mathematics flawlessly bind the overall design, calculating patterns, proportions, and geometry altogether.

Elements of The Iconic Mosque

Now let’s check out the astonishing design elements of the Iconic Mosque. We’re pretty sure your mind will be blown away after reading this.

There is a major urban axis that originates from Dubai Creek Tower. It has strong visual strength, and it creates an incredible physical and visual articulation by aligning the Main Entrance into the Front Courtyard. It looks like it is puncturing the roof through a thin screen made of geometric Islamic patterns.

Also, there is a thoroughfare pedestrian path throughout the Mosque. It will help retain pedestrian circulation on the Urban Axis, and people will also be able to enjoy the breathtaking views within the Mosque towards Dubai Creek Tower.

It is a pattern made by cross-beams creating triangular cells that rise up from the roof structure. Two of which are rising up in such a manner that they form beautiful vertical circulation elements.

Do you know that one of these triangular profiles have been extended to form a minaret that shares the highest point in Crescent with the Zenith towards Mecca? It has a height of 57m., which is a factor of 19 (19X3=57), which is again related to number 19, and it is considered to be a magical number in the Quran.

When you look at the Zenith, its roof indicates a kind of visual orientation for the thousands of worshipers. It appears that they’re looking towards Mecca as a heavenly direction towards infinity.

The roof has the highest point in the direction of Mecca, which is measured at 57m (19X3=57). Again number 19 has a strong mathematical significance in The Holy Book of the Quran.

Water Body in the Iconic Mosque

Each one of these water bodies has column-elements that form sets of semi-circular arches with their reflections in perspective. Besides this, they also help in controlling the micro-climate in the open courtyard.

A typical column profile gracefully binds the Mosque that also has articulations at various scales. The semi-arch profile is deliberately chosen and has been used as a sectional profile of a seating element that encloses a water body within. The reason behind doing this is that this shape forms an open key element in the large open courtyard for worshippers to utilize.

The whole Mosque has elegant and classical white marble flooring that also has gold inlays in between the marble. This forms a ground texture, and it continues over the entire Iconic Mosque, giving it a monotone spiritual quality.

Here the gold inlays represent the richness of the material. It has been articulated as an intricate geometric pattern that is a derivative of a typical Islamic pattern that is later controlled by a mathematical scaling down towards the column-elements.

The main entry of Crescent – The Iconic Mosque is through a gorgeous 5-arch gateway. It actually acts as a visual funnel oriented along the Urban Axis. Here, it creates a zone where outside elegantly blends with inside.

From here, visitors will be able to visually re-oriented towards Mecca by finding the arch-way formed by columns placed in an alternative grid. Isn’t it great? The whole courtyard is embraced with a gold-inlay geometric pattern, which also covers the seating elements that enclose the three water bodies.

Now let’s talk about another great architectural element of the Mosque. There are exactly 114 Semi-Arch columns placed in a planned way that, too, in an alternate grid that is aligned towards Mecca. Why only 114? As we already told you that here everything represents something meaningful. There are actually 114 Suras in the Quran (19 X 6 = 114), which are here articulated as 114 column elements.

They all are aligned in such a way that they form arch-ways in an infinity perspective. These semi-arch columns consist of a Semi-Circular Arch and an inverted Parabolic Arch, which form a stunning variation of Round and Pointed Arches.

Besides this, A grid of 19 X 6 is specifically designed to form structural and visual components arrayed throughout the Mosque. They’re parametrically differentiated a little in scale and proportions to finally shape the grand roof towards Zenith, which is located at 57m in height towards Mecca. What a genius idea, right?

The most significant and iconic thing in the entire Iconic Mosque is the roof. It is designed in such a way that it looks like the opening lid of a box. It goes around 120 m on each side, and it has been geometrically developed as a peeled off surface from the bounding box of build space of the Mosque.

The opening of the roof (entrance) has three vertices that have been lifted up to 10m height, and the fourth vertex, which is the highest point in Crescent, has been lifted up to a height of 57 m. The unusual structural pattern formed on the Zenith is a true reflection of segmented Qubba (Dome). It also intersects with a large circular Boolean originating from the Plaza of Dubai Creek Tower.

This Qubba is further divided into triangular facets that are directly projected onto the stretched roof surface. The comfortable paths are made from the structural cross-beams. You’ll be amazed after knowing the small details and architectural elements that have been used to create this remarkable structure. The roof has been logarithmically raised so that there will be a walk-able gentle slope on 50% part of the roof surface, and the rest 50% has been steeply increased to give a drastic effect of a Crescent.

Also Read: Top 13 Most Wondrous and Famous Towers in the World

You can see that a sizable peripheral screen is covering the entire The Iconic Mosque on all four sides with an intricate Islamic pattern jaali. This type of pattern is specially used to control visual connections and light filtering.

Do you know that this pattern is mathematically constructed? Yes, it is made in a unique way that it only allows visibility and porosity with 30% open and 70% closed.

The lowermost part of the site is situated directly below the Zenith. When seen from the west direction – Creek, it acts as a focal point of Crescent. This is at Ground Zero, where the jaali of South and West boundary walls meet.

The Minbar of The Qibla Wall is situated in the central colonnade axis and it is constructed to provide maximized visibility for worshipers. It is basically set as a platform for the preacher of the Mosque for proceedings.

The Mihrab of Crescent is constructed by joining two semi-arch columns to form a set of pointed arches. A niche is also created within Mihrab covered with a rich Gold finish to symbolize prosperity. The Mihrab is designed as an element of grandeur in the interior design, and it also is a symbol of a heavenly abode.

Mecca Axis is the most important and strongest axis for a mosque. It is always observed in the prayer hall interior space as everything is aligned towards it.

From arches to the grand roof, here, everything is constructed in a calculated manner. You can see how beautifully the architects have blended modern design with a religious belief system. This is undoubtedly one of the best structures in the entire world.

I hope you like this blog. For more stunning structures around the globe or any kind of architectural guidance, keep coming to Architecturesstyle. 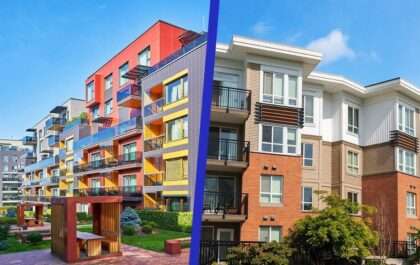