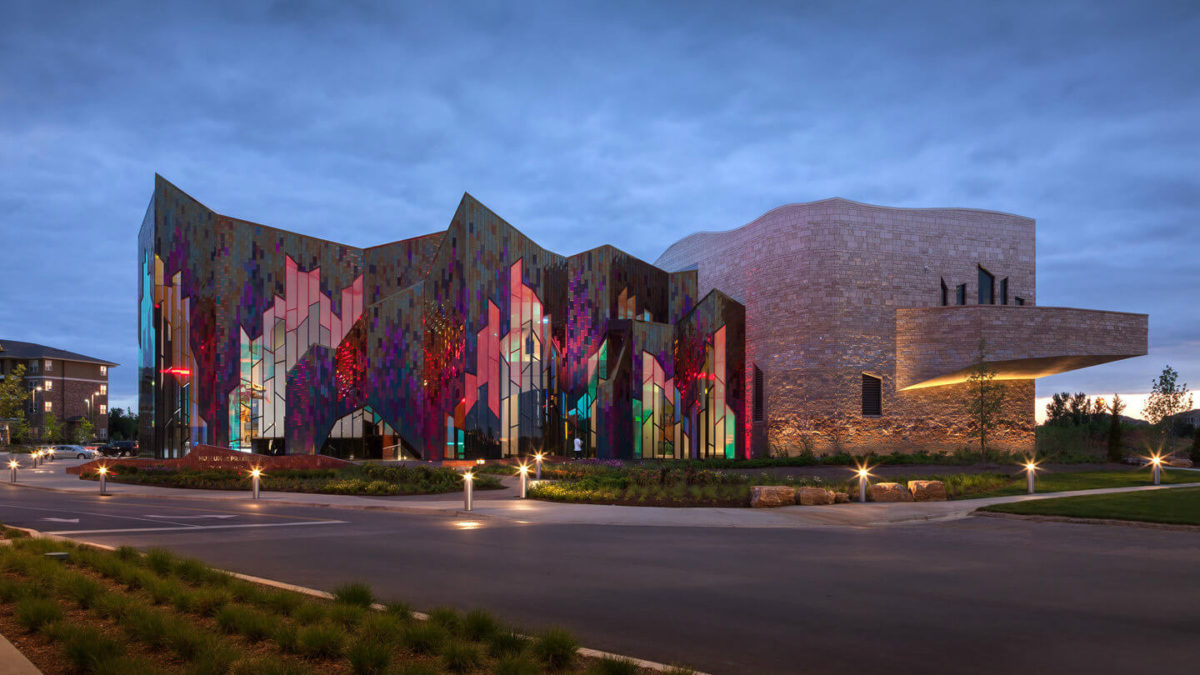 Ever seen a building that looked like flaming fire? Maybe not. But there is a building which exactly looks the same as fire. Now you will be thinking, How can a building look like fire? Flaming fire is full of curves and multicolored. And this was the challenge for the architect of the Museum at Prairiefire.

Prairie fire museum was opened in the year 2014 and has the best structural strategy till now. Let’s look at some important information on the building. 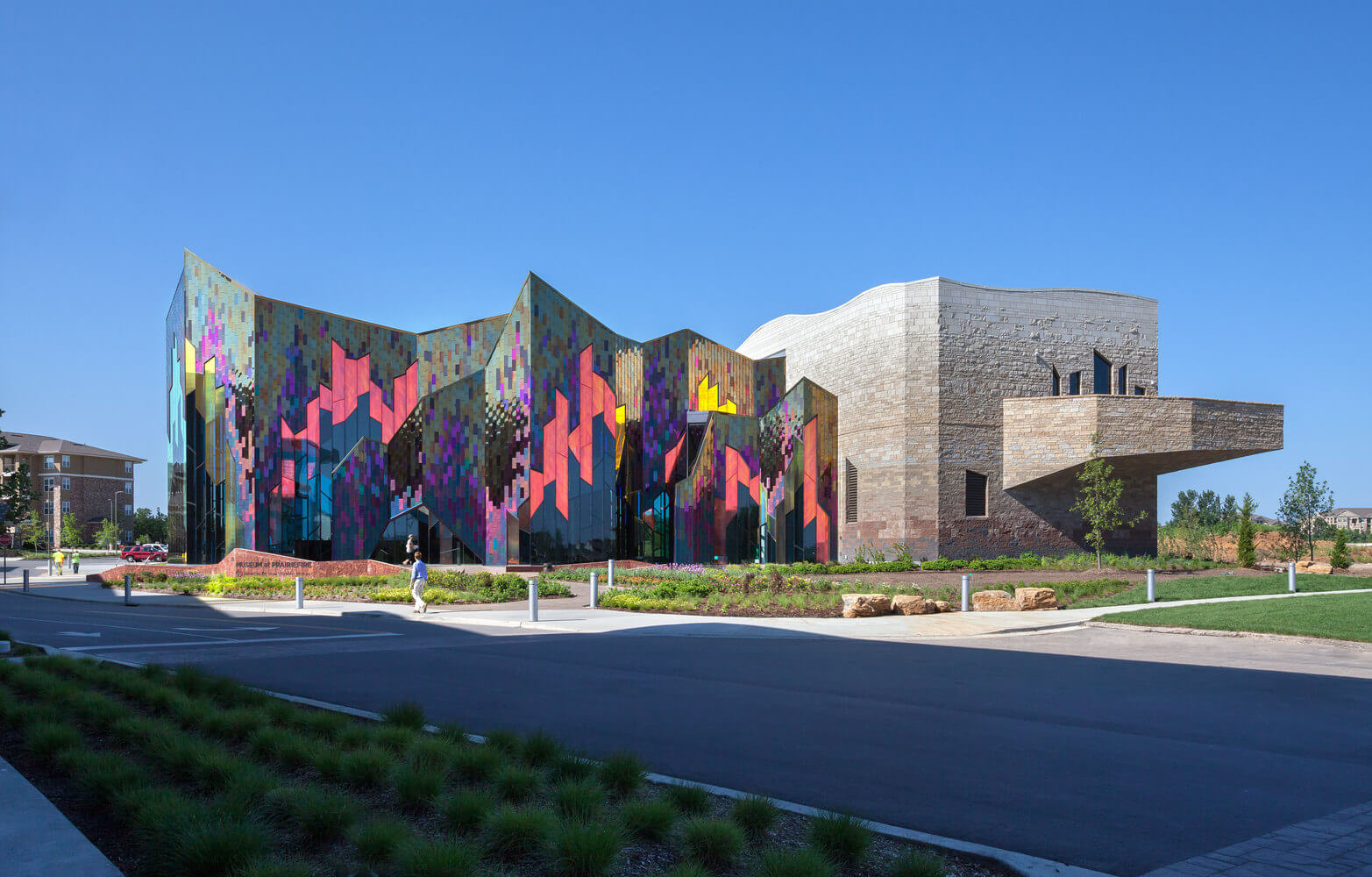 The museum is specifically built for travel exhibitions in collaboration with the American Museum of Natural History. On the one hand, the museum is keeping people engaged in the broader culture and science experiences, and on the other hand, its architecture is celebrating the rich story of the region.

Merrill Companies wanted to build a museum that can reflect the surrounding atmosphere and story of the region, stemming from the Kansas tradition of controlled prairie burns. So they sought help from Verner Jhonson (leading Museum and Architect Planners). The lead architect of the project was Jonathan Kharfen. Hats off to him! He studied the characteristics & surroundings of the region and came up with the idea of constructing a building that looked like a flaming fire in the fields.

Let us give you an overview of how a building should look, according to the architect. 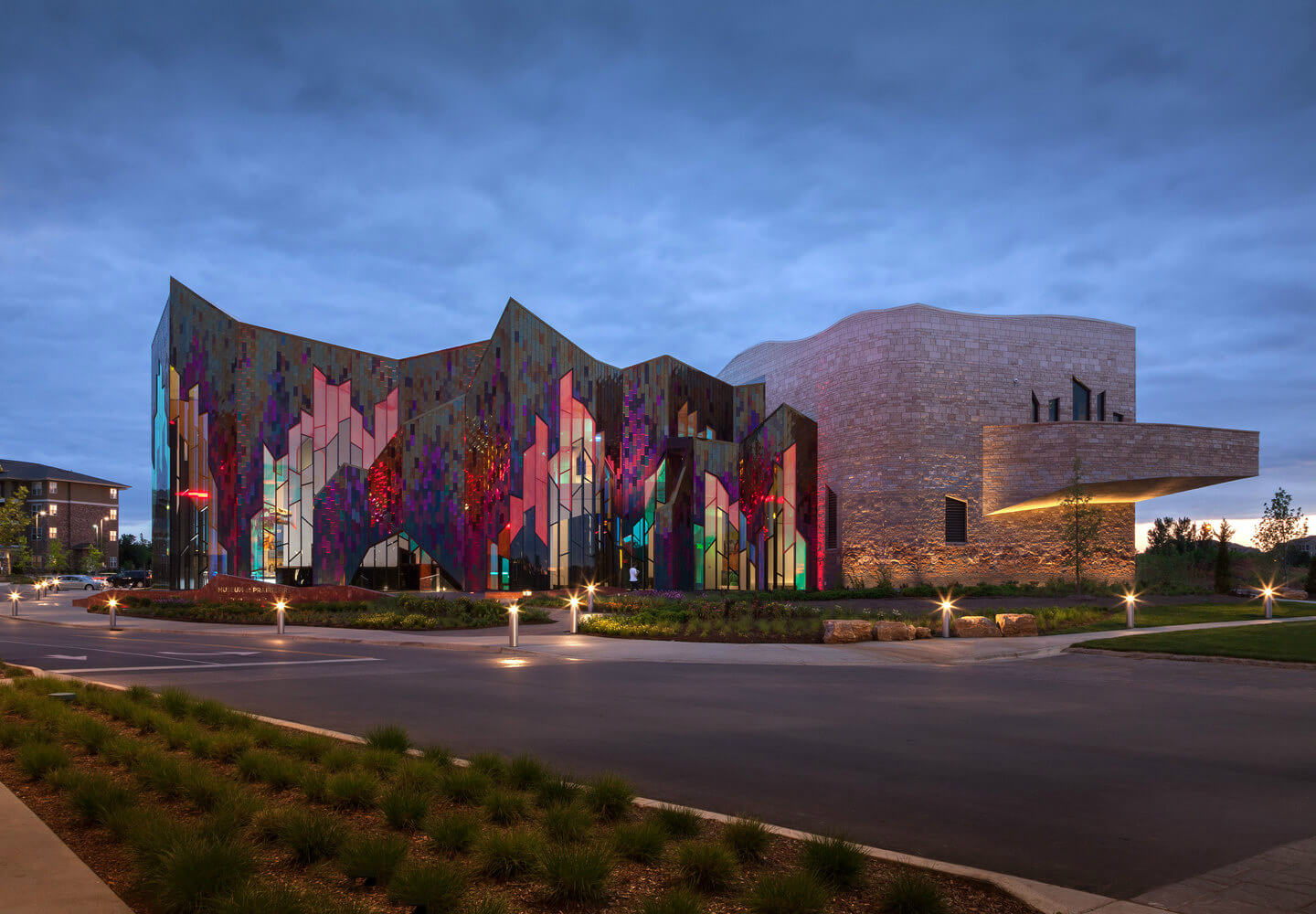 Imagine a blazing fire. How does it look? Flames going upwards in a wavy motion, with color variations. This is what a flame looks like, right? So basically, the idea was to create a structure that reflected the same.

According to Jonathan, “It’s not traditionally a building’s job to conjure up images of fire; in fact, it’s quite the opposite.” So the obstacle was to create a building that gives out a look resembling to fire – upward wavy motion and multi-color, that too using lifeless materials.

Wanna know how they did it? It’s truly inspiring. And we guess this is why even the structure of the building is world-wide appreciated & has also received the honors.

They came up with the solution of using a combination of multi-colored, lustrous stainless steel tiles, mixed with innovative use of Dichroic Glass. For a vivid and inextinguishable color, the architects made a brilliant decision by combining these products with a stone volumed backdrop, which also provided durability and design versatility to the building. 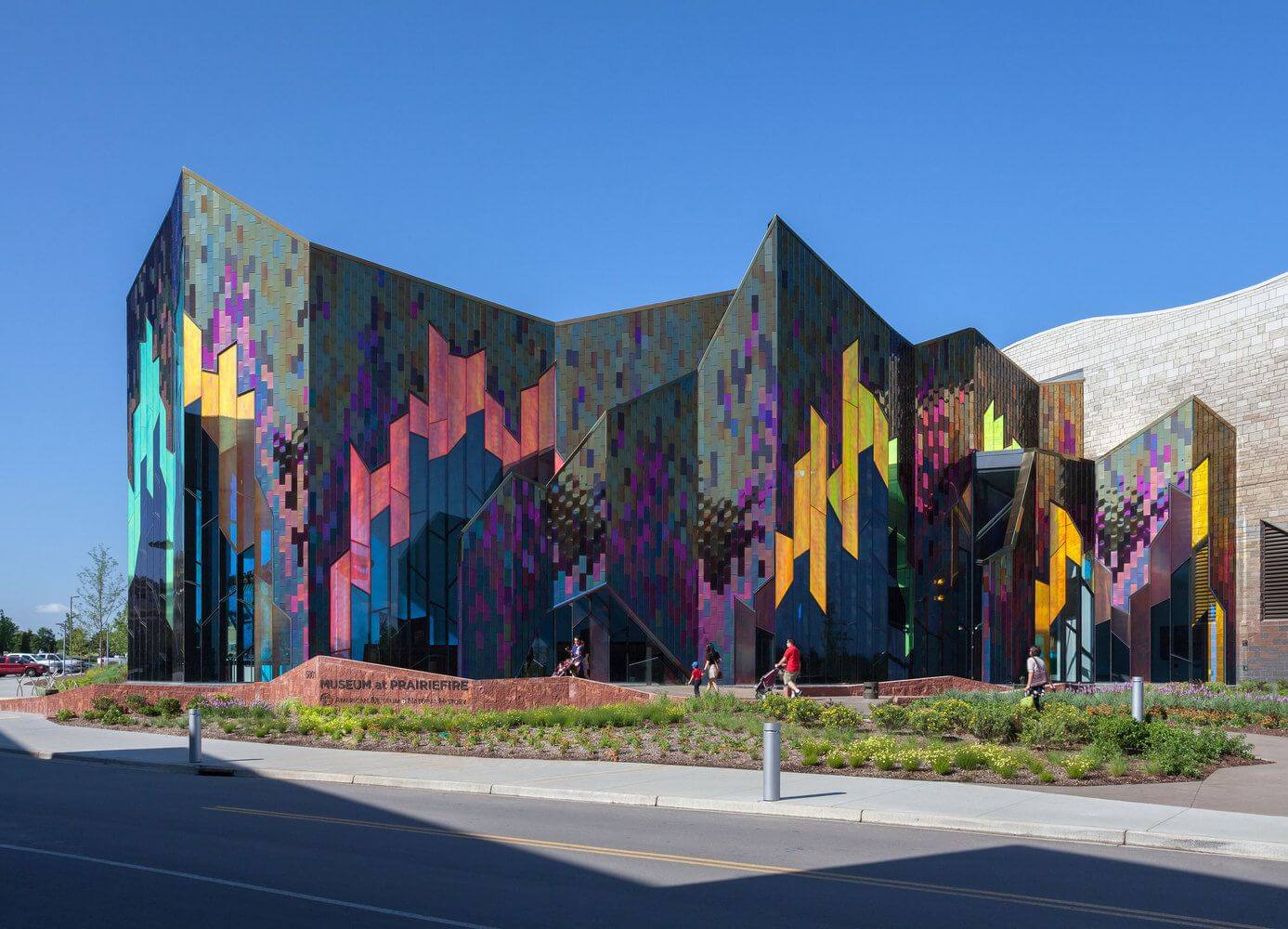 What is Dichroic Glass? According to Wikipedia, it is a glass that displays two different colors by undergoing a color change in certain lighting conditions.

It wasn’t used as it is, the dichroic glass came with the collaboration of the R&D team of Goldray Glass and 3M. The Goldray Glass manufactured product that exhibits a brilliant color change through transmitted and reflected light using the lamination of 3M’s premium grade polymeric film between two or more tiles of glass.

To complement the dichroic glass and capture the fire element, Light Interference Color stainless steel panels (from Millennium Tiles) were used. The color-changing properties of both the elements went well with each other and the output of it is still praised by many.

This was all about front structure, but to soothe it and give durability, the backdrop was designed.

Let’s move towards the backdrop structure of the Building. 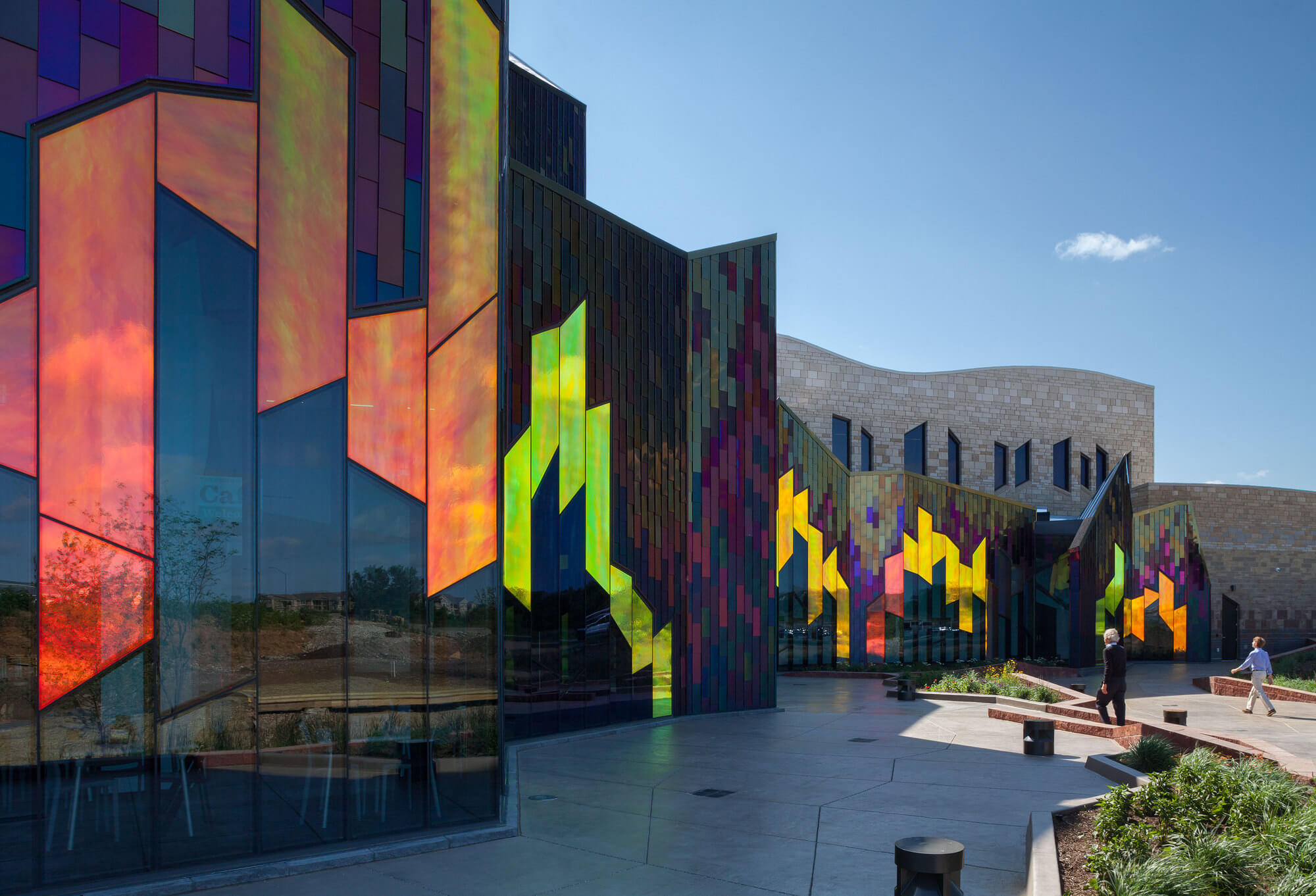 The backdrop construction reflects the landscape of Prairie. To create the view resembling the Prairie hills, they used a combination of Kansas limestone and engineered Cordova Stone veneer. They used five types of local limestones with different finishes, i.e., Spilt face and Sawn face. The stratifies stone to form the gradient effect from darker charred stone at the base to the white stone at the parapet. It doesn’t have an apparent and definite structure. Thus the Great Hall seems to be floating.

Moving towards the interior, 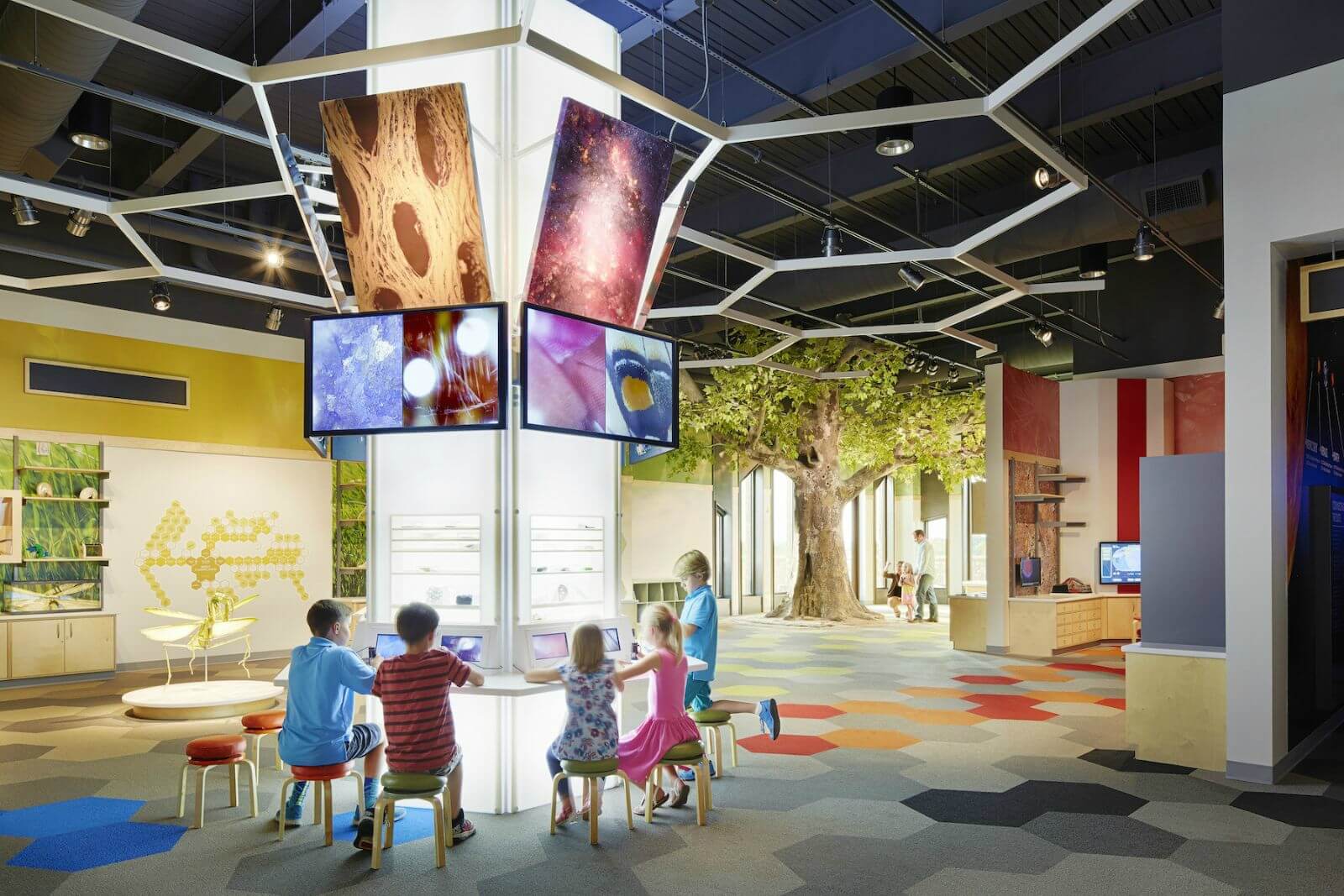 The interior of the museum is as emerging and appealing as its exterior. It keeps the people engaged and their head wandering from right to left, trying not to miss a single glance of the room. From the children’s area to the great hall, everything teaches you something about culture and science. From who first found the Tyrannosaurus Rex to Kansas’s maritime history (aquatic life). 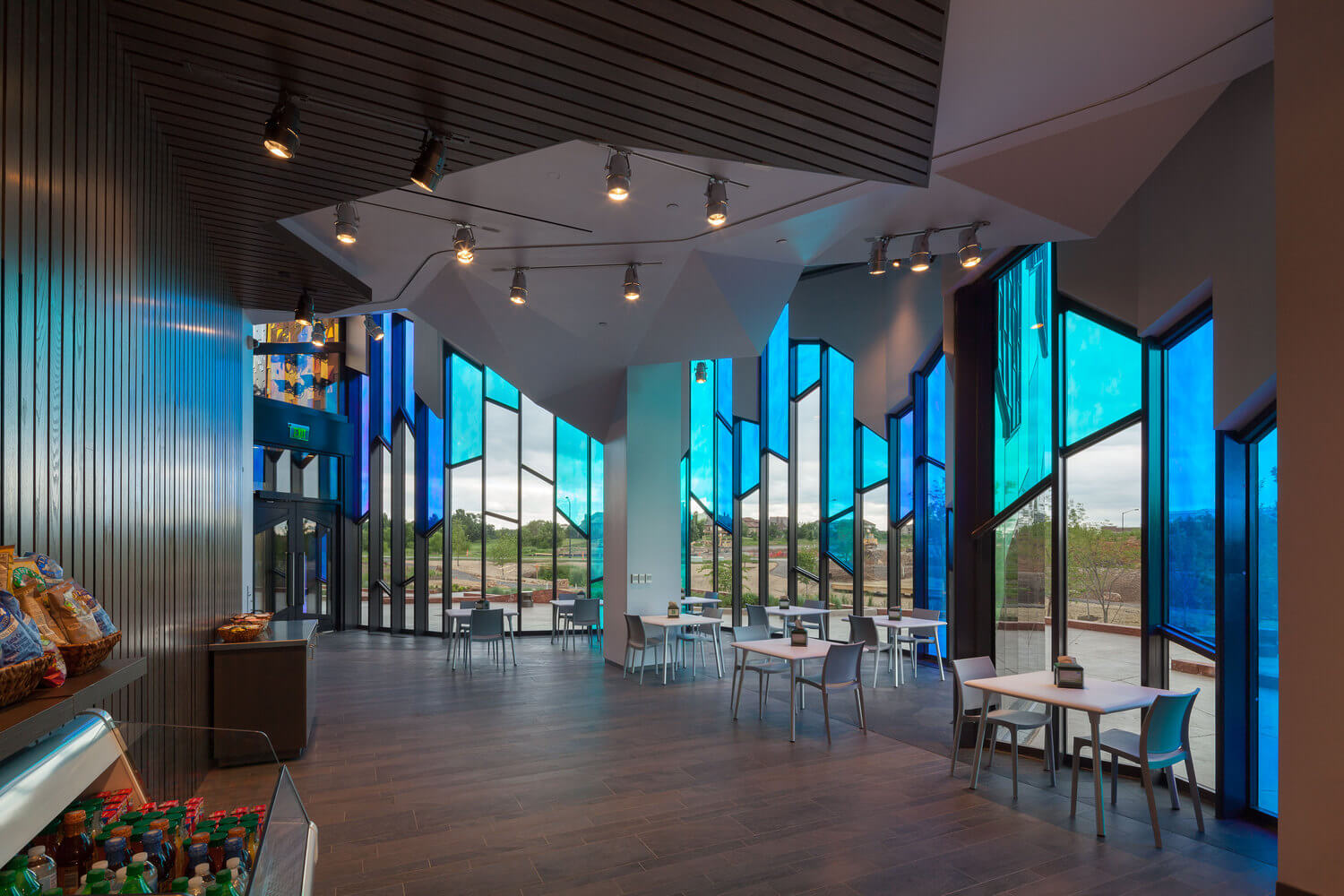 The whole project was built in a budget of 17 million US dollars. The official city slogan of Overland Park is “Above And Beyond. By Design.” The surroundings of the city truly exhibit the slogan in a practical and the prairie fire museum is an addition to it.

No doubt it is designed above and beyond the architectural design. It is a mixture of technical, architectural, and creative minds.

Museum at Prairiefir – A lifeless building defining the natural and cultural beauty of Kansas, United States.

Flora Apartments: A Modern Construction By Belatchew Arkitekter in Sweden!

One Story Floor Plans: Choose The Right Plan For Your House

Advantages and Disadvantages of Solar Panels for Commercial Buildings 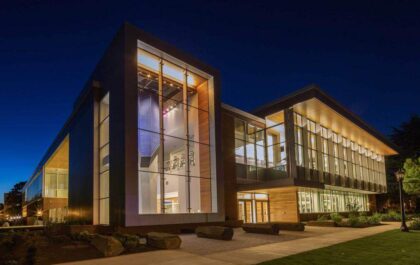 Building Structure Lighting System: How It Transformed the World

LED or Light Emitting Diodes continue revolutionizing the same way we see architecture. It has already been 139 years since…

A Solution for Sites in Wilderness: Vault Toilet 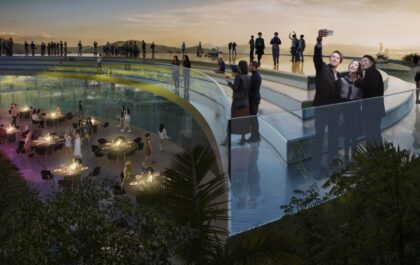 11 Amazing Curtain Ideas That Will Instantly Elevate Your Space