Home > Classical > An Overview Of The Traditional Korean House- Hanok 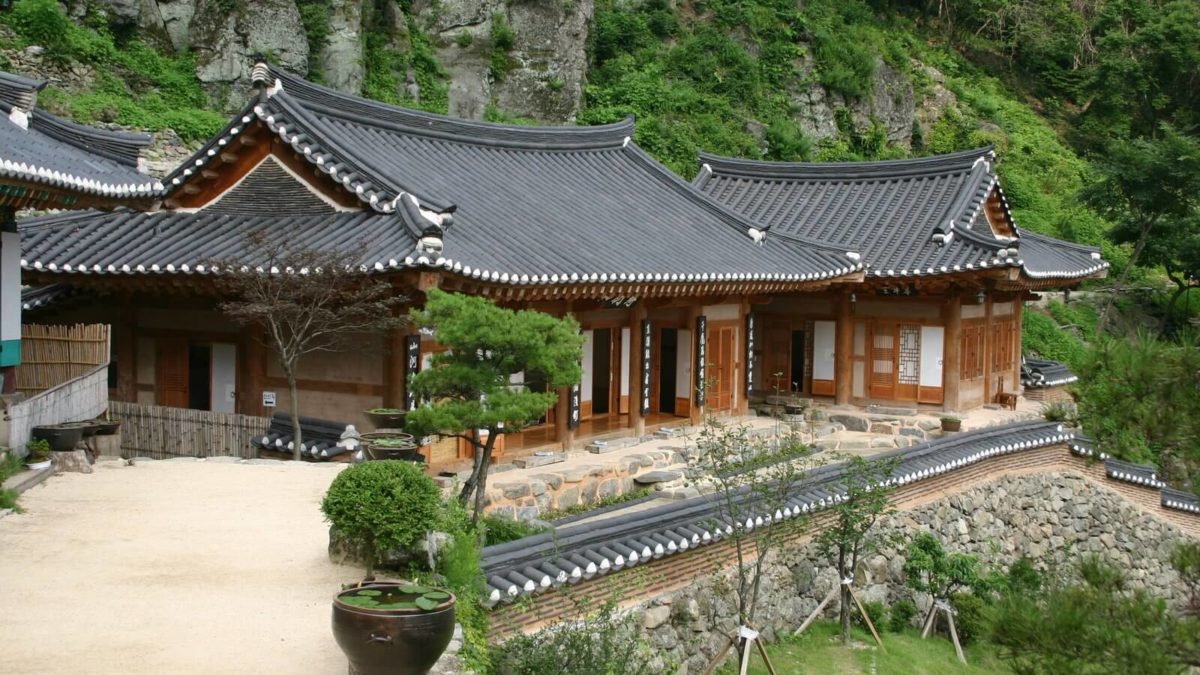 Traditional houses in various countries have their peculiar characteristics and significance. The traditional Korean house is called Hanoks and they have their special importance and value.

There is much more to know about these houses and today we are going to get detailed information about the Hanoks in this post. So, get ready to know more about it. 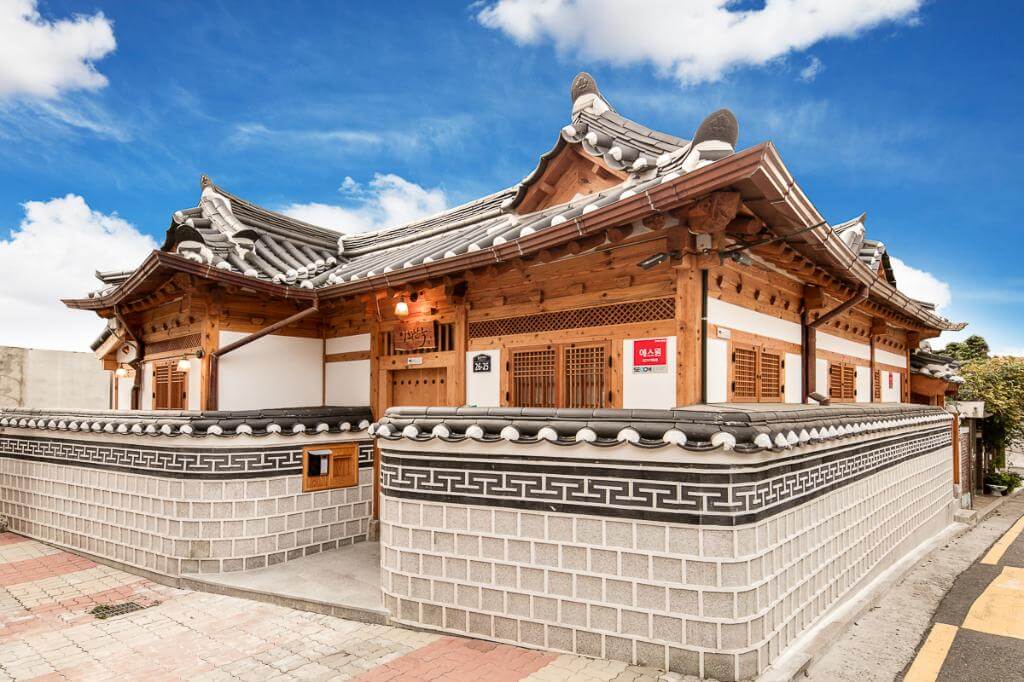 Hanok is simply a traditional Korean house. These houses are built for a long time and over the years, its importance and traditional design are maintained. As per the Korean architecture, planning for the house is done keeping in mind the land and seasons. An ideal house is considered the one that has a river in the front of the house and a mountain at the back.

It is a symbol of beauty and simplicity combined with the spirit of nature. 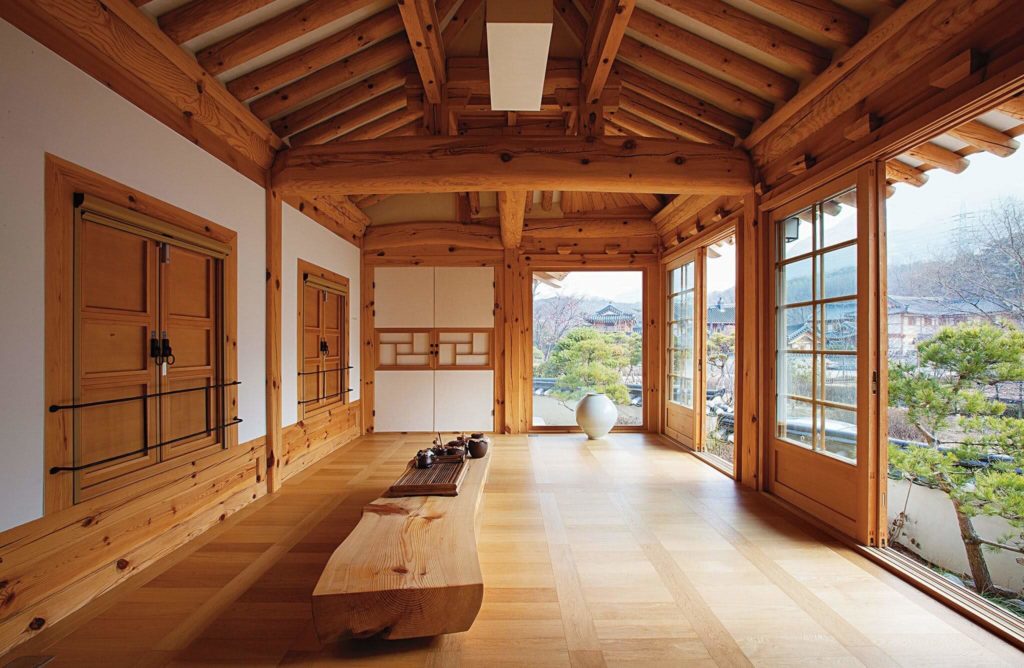 Now, Hanok can be both large and small. Many Hanoks have many rooms inside it and are constructed of the modern materials while bark-roofed mud huts are having one or two rooms and they are called Hanoks too.

A house having an Ondol and Maru is considered a Hanok irrespective of what region it is built-in and what materials are used to construct it. Now, you might be having a question in your mind that what are these new terms: Ondol and Maru?

Like Korean house, you can also know the architecture of the Japanese Tea House. 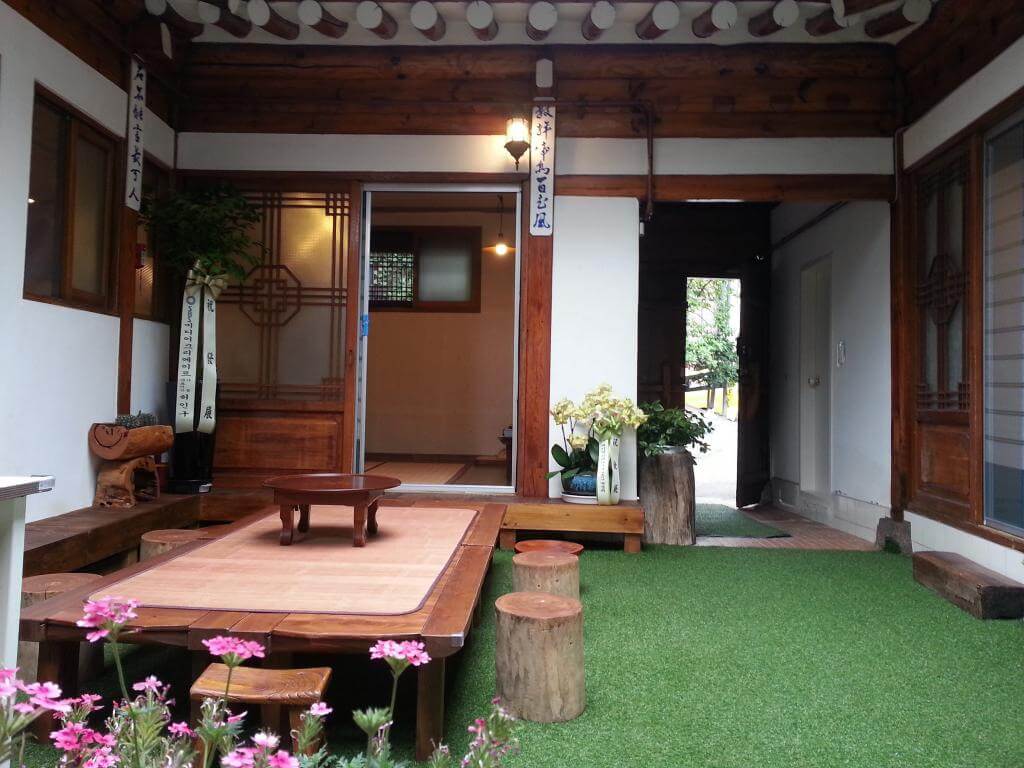 In the early times, people used to live in the Hanok with Maru in the summertime and they used to shift to Hanok with Ondol to warm themselves in the winter. It was not possible to have both Ondol and Maru in the same house in the early period as wood for the Maru and fire for the Ondol are not compatible with each other and can catch fire easily.

But with time, the pattern changed for climate and Korean people were forced to develop a house that has both the cooling and heating system together. This makes Hanok a special house whose architecture is considered unique with the Ondol and Maru placed in the house together.

What Materials are Used for its Construction? 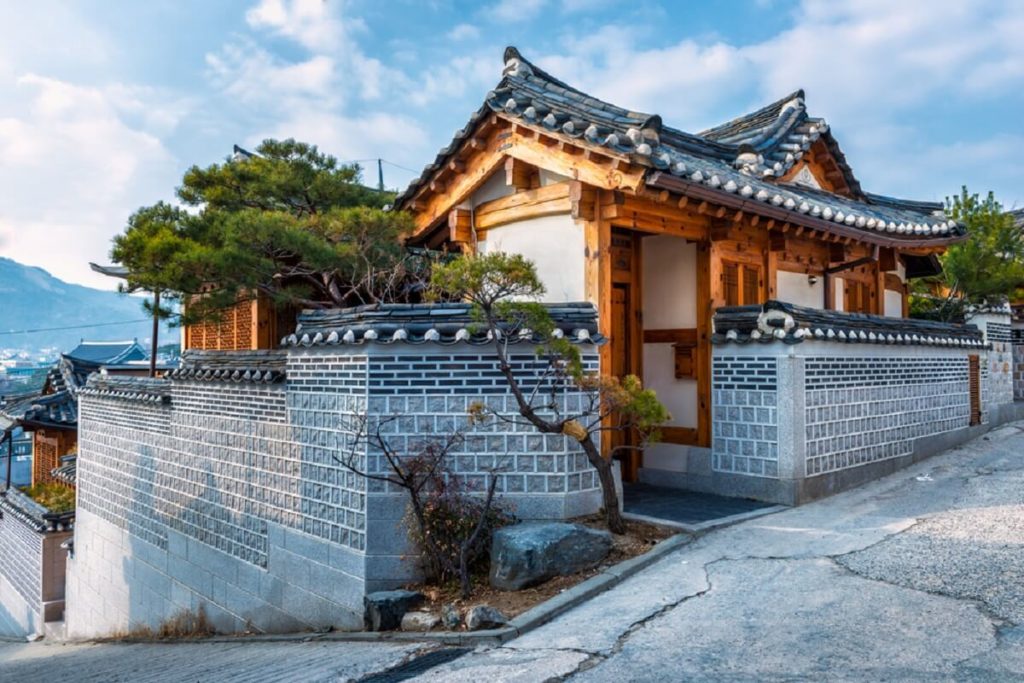 These traditional homes are constructed of wood, clay, stone and other natural materials provided by Earth.

Another very special material that is used in these houses is Hanji which is the traditional Korean paper. This paper is made from the bark of the mulberry tree. Hanji is applied to walls, ceiling, doors, and floors in the houses.

Why is Hanji Used in the House? 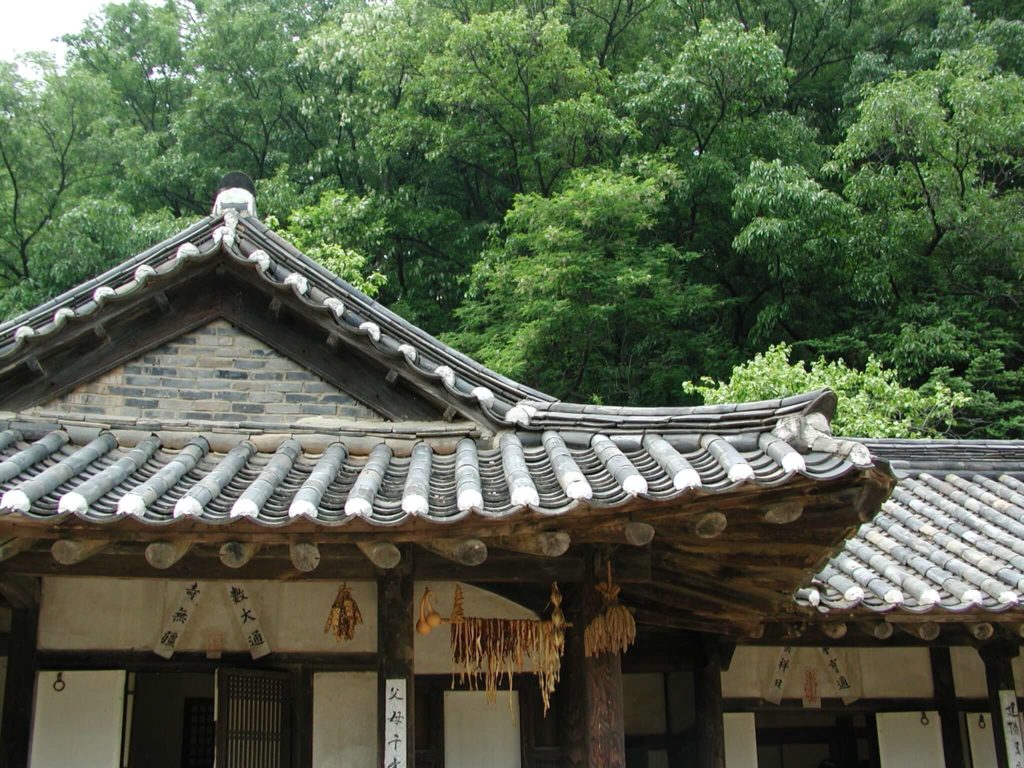 Hanji has an excellent insulating capacity and it effectively blocks the cold air, it lets in the sunlight to pass through it and keeps the room warm in winter. It has air holes in it that allow air to flow in, this helps to keep the doors closed and still get the airflow.

This paper also adjusts the humidity levels. When your room has excess moisture then this paper will absorb it and if the room is having dry air then it will evaporate it. Dust particles will also get trapped in the paper so you won’t need to get an air purifier for your house as this paper will do the duty for you.

After checking out all the features of Hanji, we can say that it is a very useful material found in the traditional homes of Korean people. 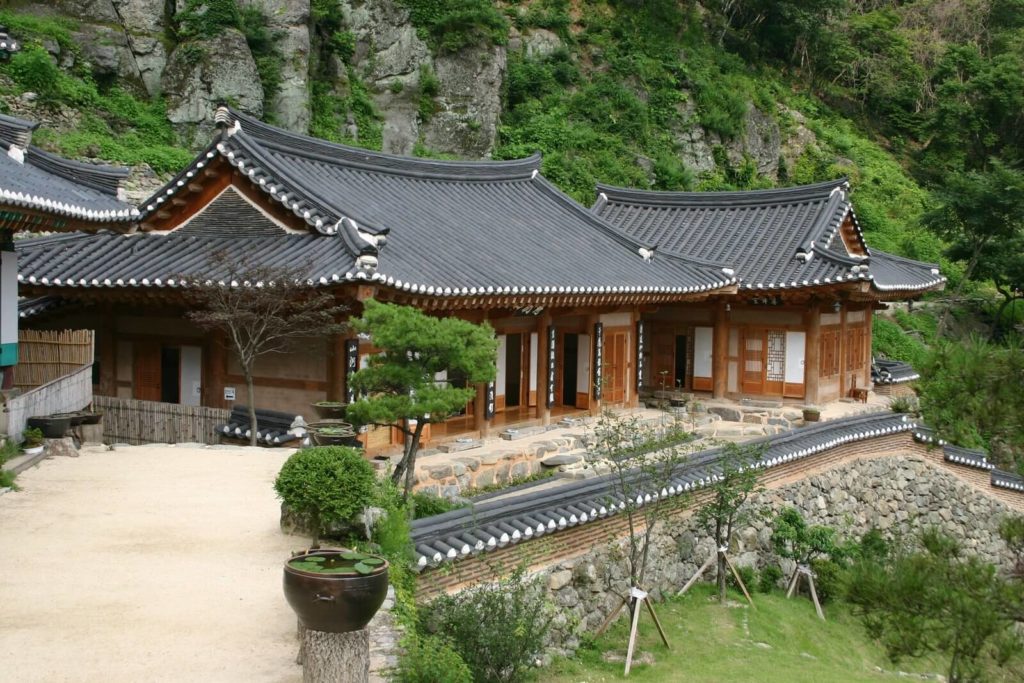 Most of the houses that are created were among nature’s lap. The direction of the Hanoks is carefully planned such that one can get the best view of nature. Also, the materials that are used to construct these houses are all-natural elements so one can say that these houses are a symbol of simplicity combined with the beauty of mother nature.

Korean people keep minimalistic design and beauty in these houses and don’t put too many decorative attractions. Though the modern trend shows some input of the creative attractions in the houses most of the people still prefer the traditional, simple design and life. 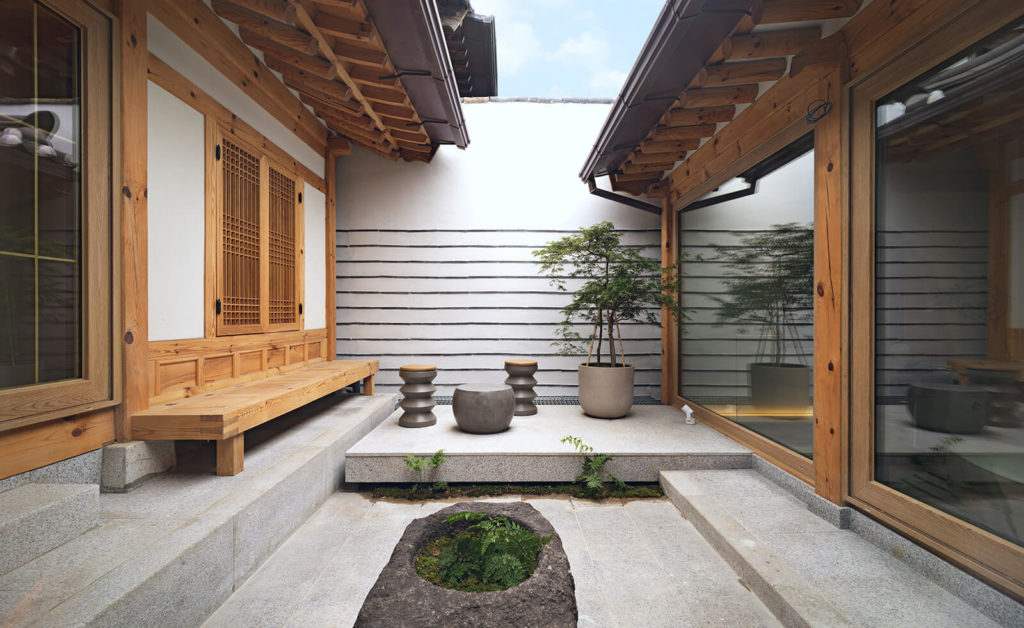 So, here was an overview of the traditional Korean houses– Hanoks. If you are a nature lover and love to spend some amazing time in such beautiful, simple and natural houses then you must take some time in your vacations and book a good stay at these houses, there are a couple of Hanoks available for tourists so you will have a good time here. For more information on architectural houses, visit Architecturesstyle.